Detailed Product Description
A rapid, one step test for the qualitative detection of Noroviruses (NoV)​ in human feces.For professional in vitro diagnostic use only.
Application:

The Norovirus Rapid Test Cassette (Feces) is a rapid chromatographic immunoassay for the qualitative detection of Norovirus in human fecal specimens to aid in the diagnosis of Norovirus infection.

Noroviruses (NoV) are a genetically diverse group of single stranded RNA, nonenvelopped viruses belonging to the Caliciviridae family. For decades they were called “small round structured viruses” (SRSV) or “Norwalk-like viruses” until recently when their taxonomy was investigated using modern molecular techniques. Initially four antigenic types of SRSV were recognized, but more recently three genogroups have been identified with the genus Norovirus.Genogroup 1 and Genogroup 2 are associated with human infections whilst Genogroup 3 is associated with bovine and porcine infection.
Noroviruses are a major cause of acute gastroenteritis worldwide, often causing explosive outbreaks in institutions. They are highly contagious, with an inoculum of as few as ten particles being able to cause infection. Transmission occurs through ingesting contaminated food and water and by person-to-person spread. Transmission is predominantly fecal-oral but may be airborne due to aerosolisation of vomitus, which typically contains abundant infectious virus particles. Outbreaks may involve several routes of transmission. The illness is acute, usually mild, although it has caused fatalities among the frail elderly, and self-limiting and follows an incubation period of 24-48 hours although cases can occur within 12 hours of exposure. The ability of Noroviruses to cause outbreaks in institutions has become a major public health issue. Outbreaks of Norovirus infection can be associated with restaurants and institutions as diverse as nursing homes, hospitals and elite sporting camps. Infections in infants, elderly or frail patients can be fatal if left untreated.
The symptoms of Norovirus illness usually include nausea, vomiting, diarrhea, and some stomach cramping. Sometimes people additionally have a low-grade fever, chills, headache, muscle aches, and a general sense of tiredness. The illness often begins suddenly, and the infected person may feel very sick. In most people the illness is self-limiting with symptoms lasting for about 1 or 2 days. In general, children experience more vomiting than adults. 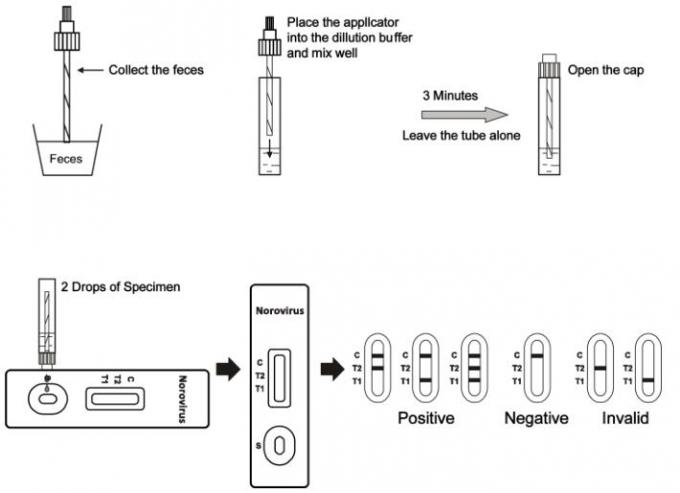