The RSV Rapid Test Cassette is a rapid chromatographic immunoassay for the qualitative detection of Respiratory Syncytial Virus antigen in nasal swab or nasal aspirate specimens. It is intended to aid in the rapid differential diagnosis of respiratory syncytial virus viral infections.

Respiratory Syncytial Virus (RSV), which causes infection of the lungs and breathing passages, is a major cause of respiratory illness in young children.In adults, it may only produce symptoms of a common cold, such as a stuffy or runny nose, sore throat, mild headache, cough, fever, and a general feeling of being ill. But in premature babies and kids with diseases that affect the lungs, heart, or immune system, RSV infections can lead to other more serious illnesses.RSV is highly contagious and can be spread through droplets containing the virus when someone coughs or sneezes. It also can live on surfaces (such as countertops or doorknobs) and on hands and clothing, so it can be easily spread when a person touches something contaminated. RSV can spread rapidly through schools and childcare centers. Babies often get it when older kids carry the virus home from school and pass it to them. Almost all kids are infected with RSV at least once by the time they're 2 years old. RSV infections often occur in epidemics that last from late fall through early spring. Respiratory illness caused by RSV — such as bronchiolitis or pneumonia — usually lasts about a week, but some cases may last several weeks. s. 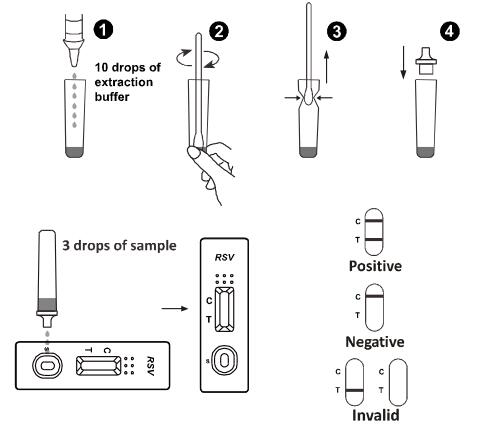