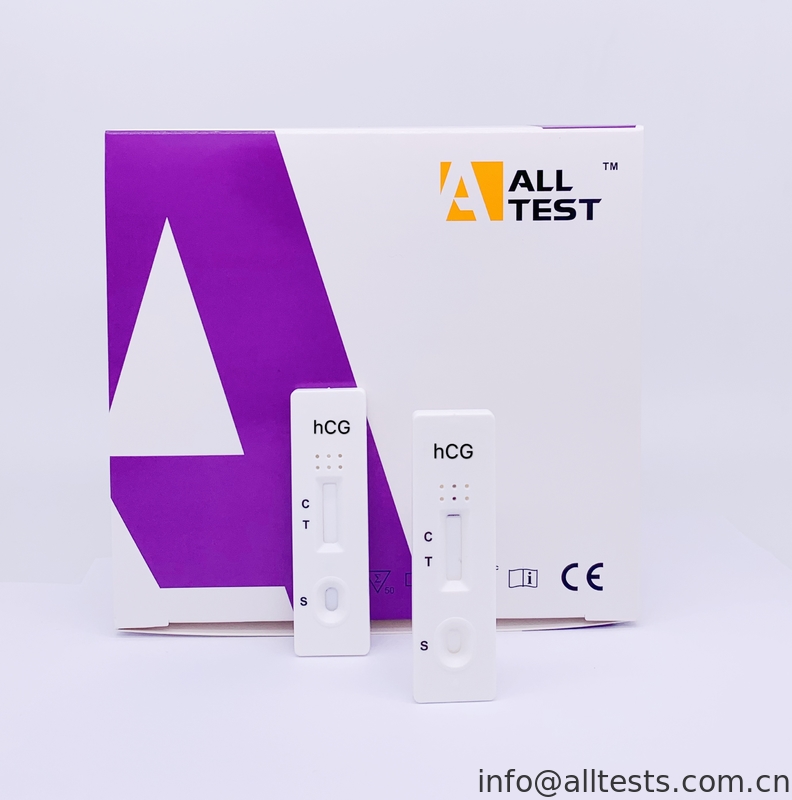 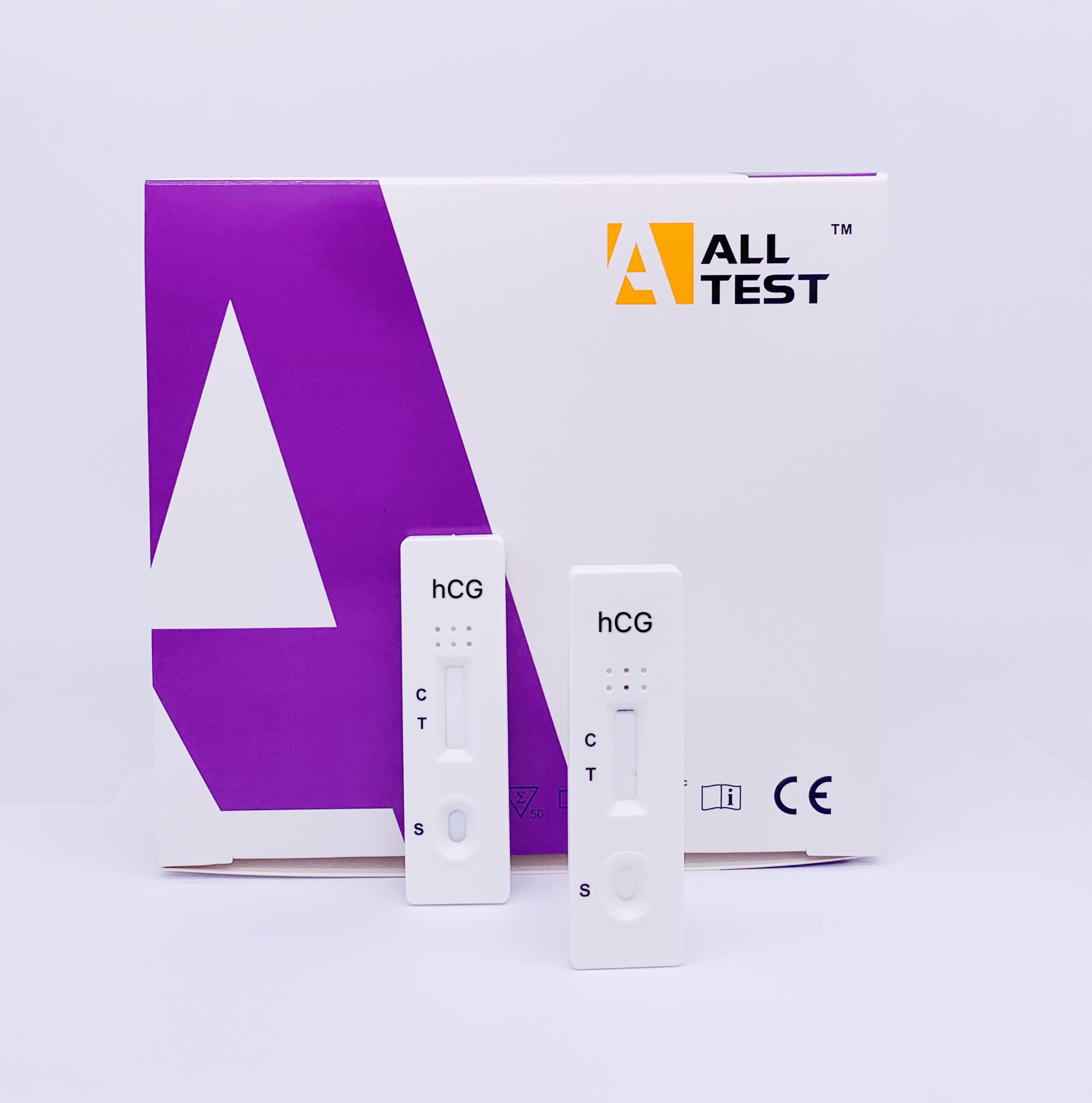 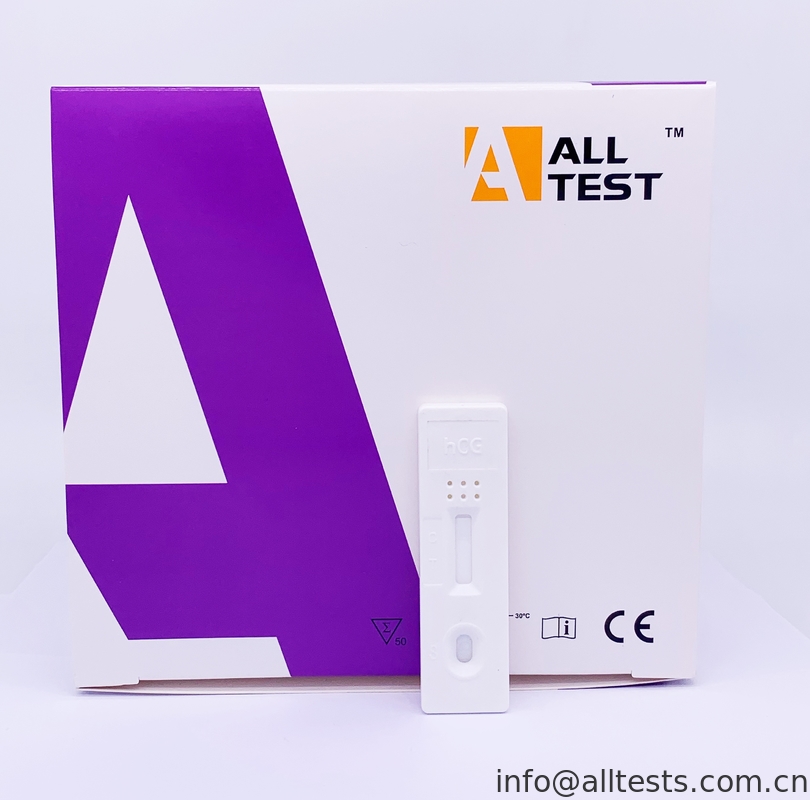 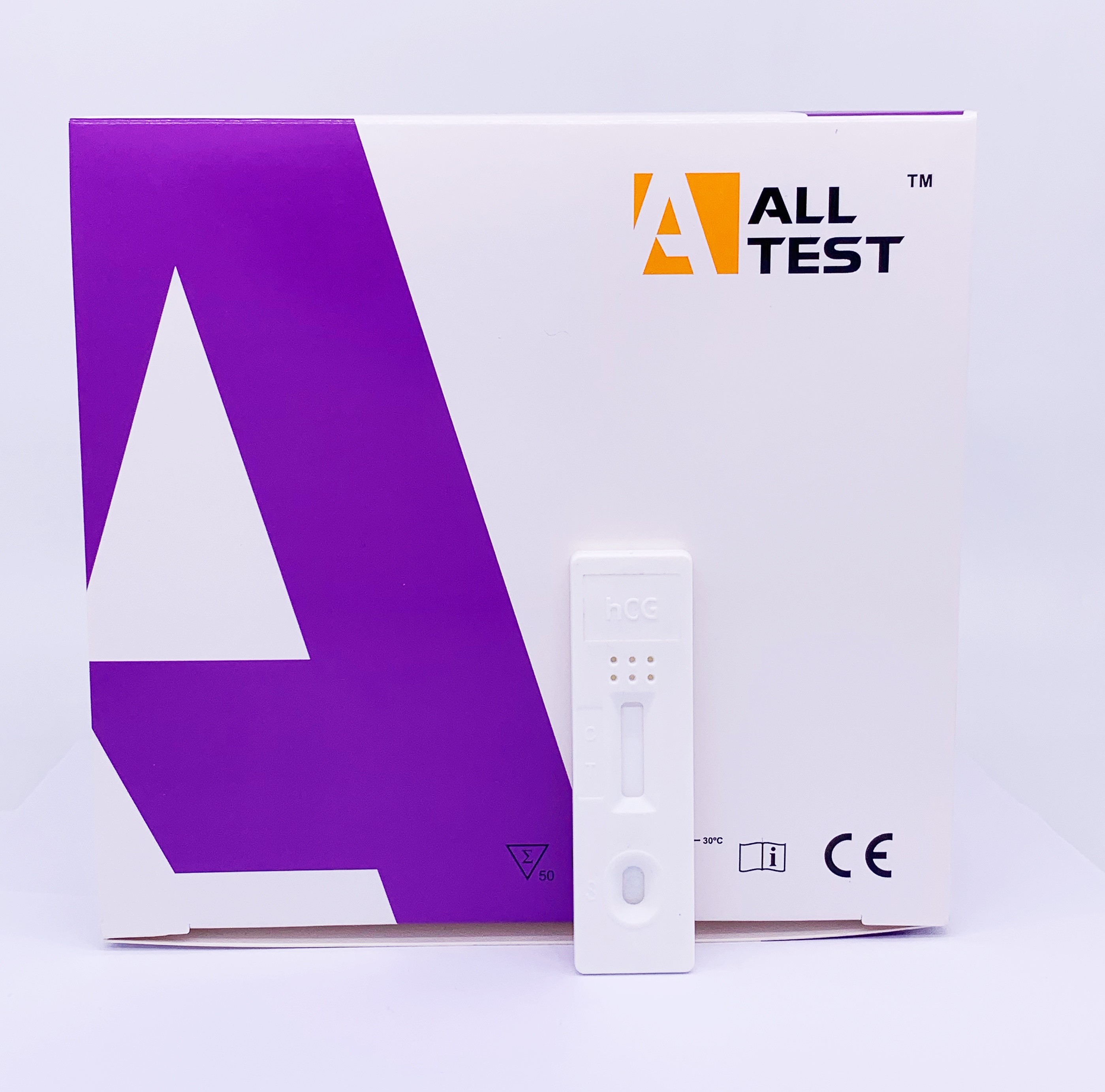 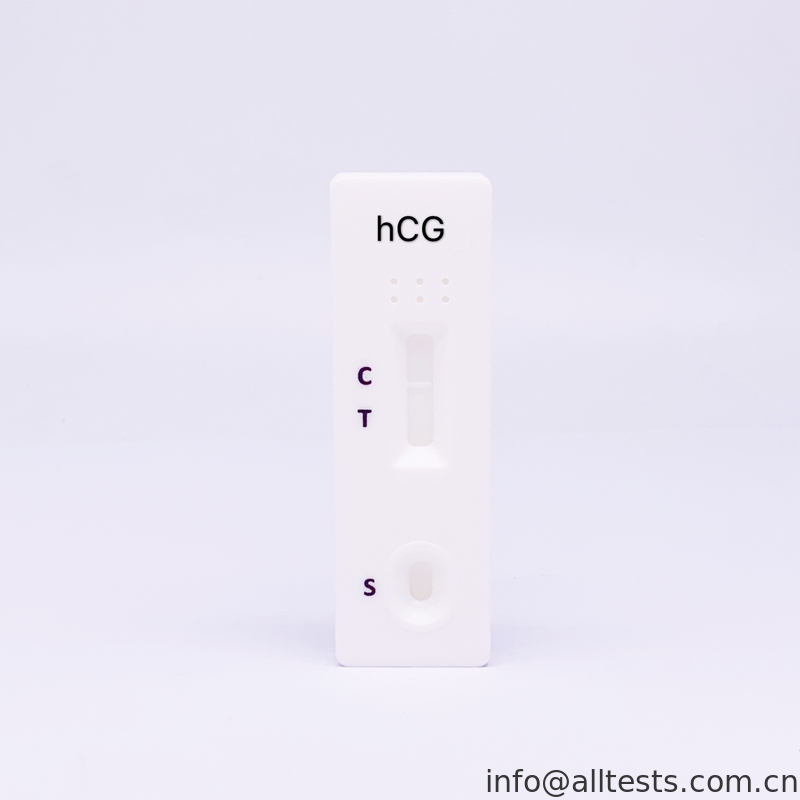 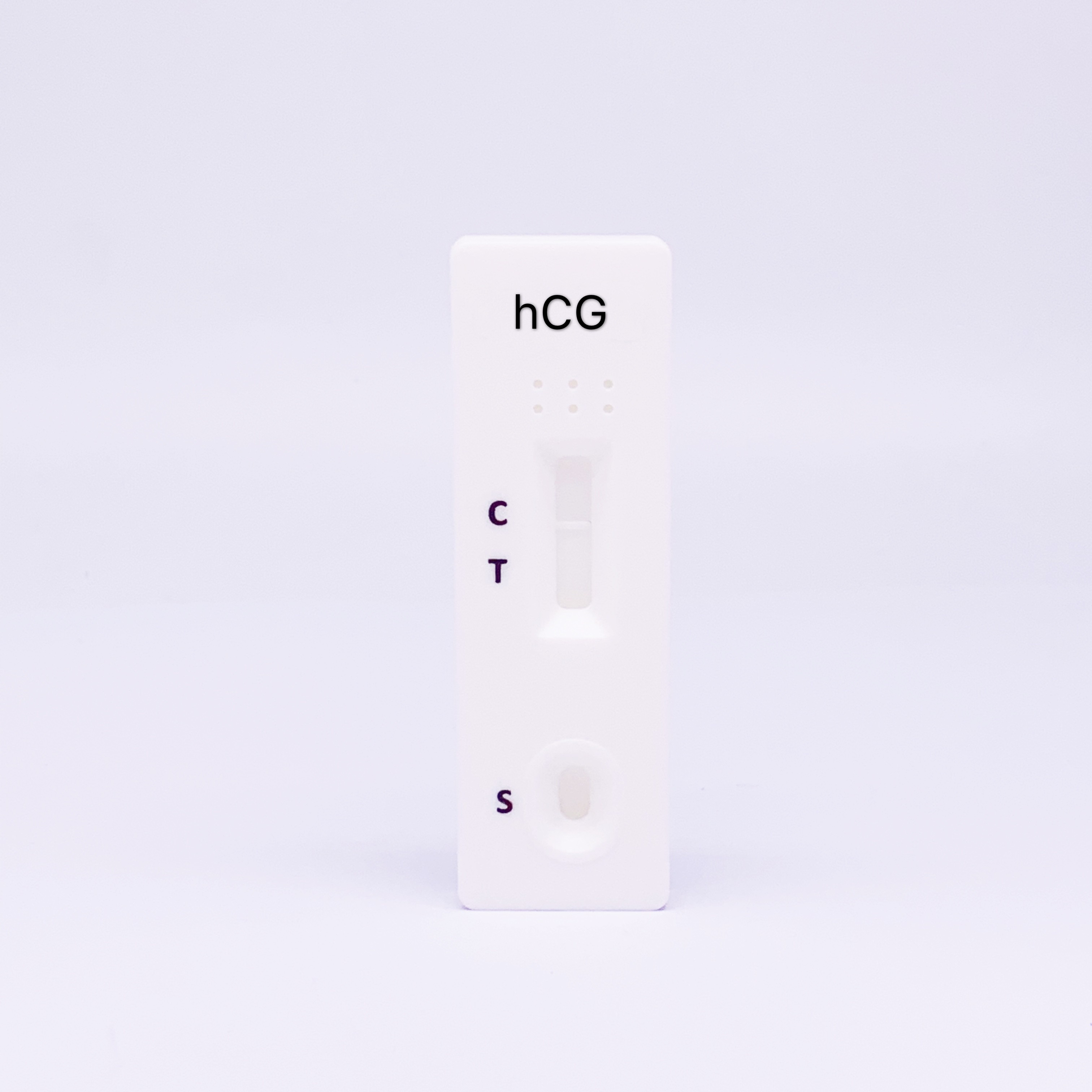 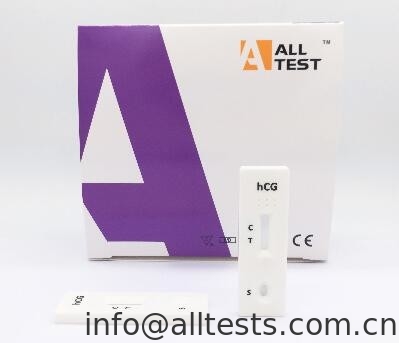 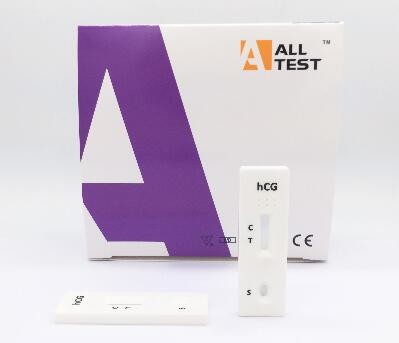 The hCG Pregnancy Rapid Test Cassette is a rapid chromatographic immunoassay for the qualitative detection of human chorionic gonadotropin in urine to aid in the early detection of pregnancy.

The hCG Pregnancy Rapid Test Cassette is a rapid test that qualitatively detects the presence of hCG in urine specimen at the sensitivity of 20mIU/ml. The test utilizes a combination of monoclonal and polyclonal antibodies to selectively detect elevated levels of hCG in urine. At the level of claimed sensitivity, the hCG Pregnancy Rapid Test Cassette shows no cross reactivity interference from the structurally related glycoprotein hormones hFSH, hLH and hTSH at high physiological levels.

1. Bring the pouch to room temperature (15-30℃) before opening it. Remove the cassette from the sealed pouch and use it as soon as possible.
2. Place the cassette on a clean and level surface. Hold the dropper vertically and transfer 3 full drops of urine (approximately 75ul) to the specimen well of the cassette, and then start the timer. Avoid trapping air bubbles in the specimen well. See illustration below.
3. Wait for the colored line(s) to appear. The result should be read at 3 minutes.
NOTE: A low hCG concentration might result in a weak line appearing in the test line region (T) after an extended period of time; therefore, do not interpret the result after 10 minutes.