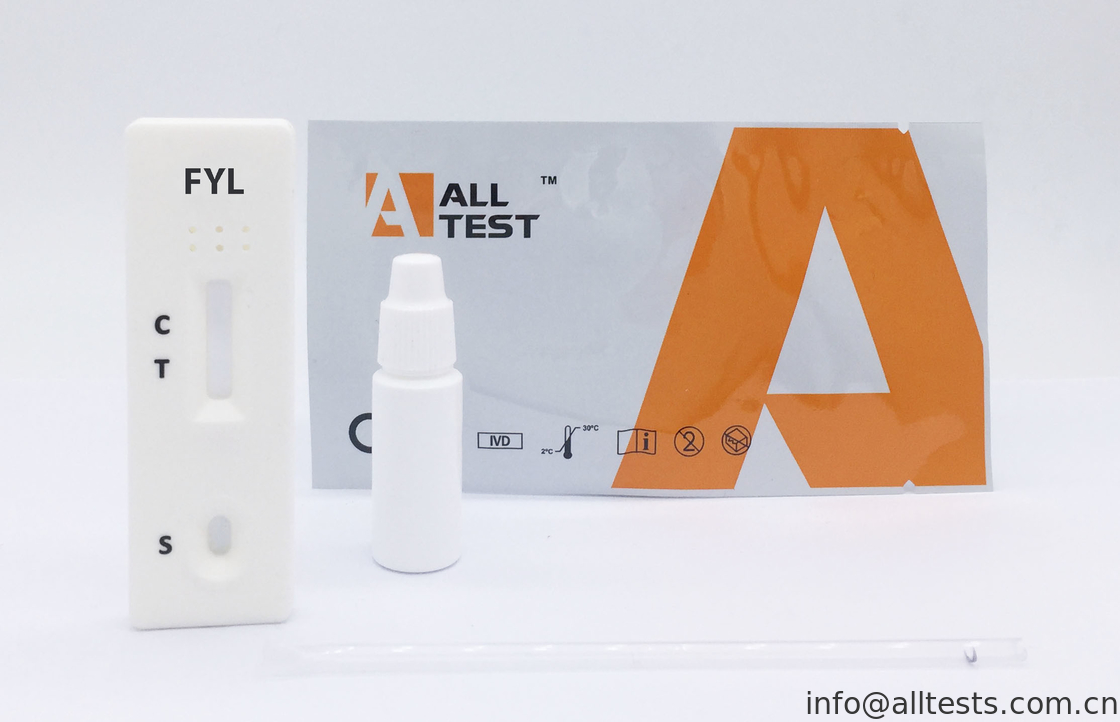 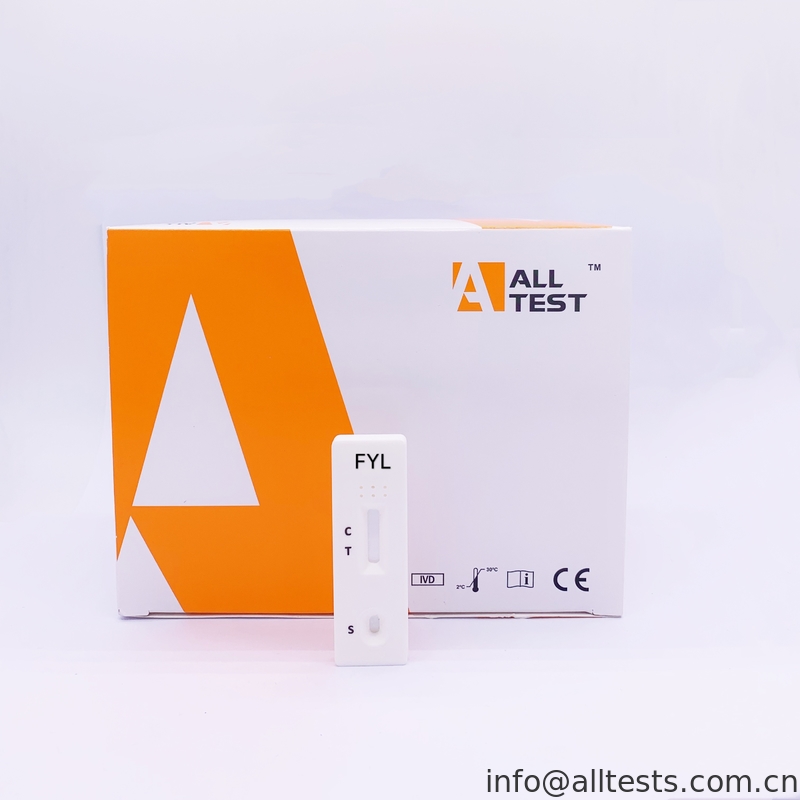 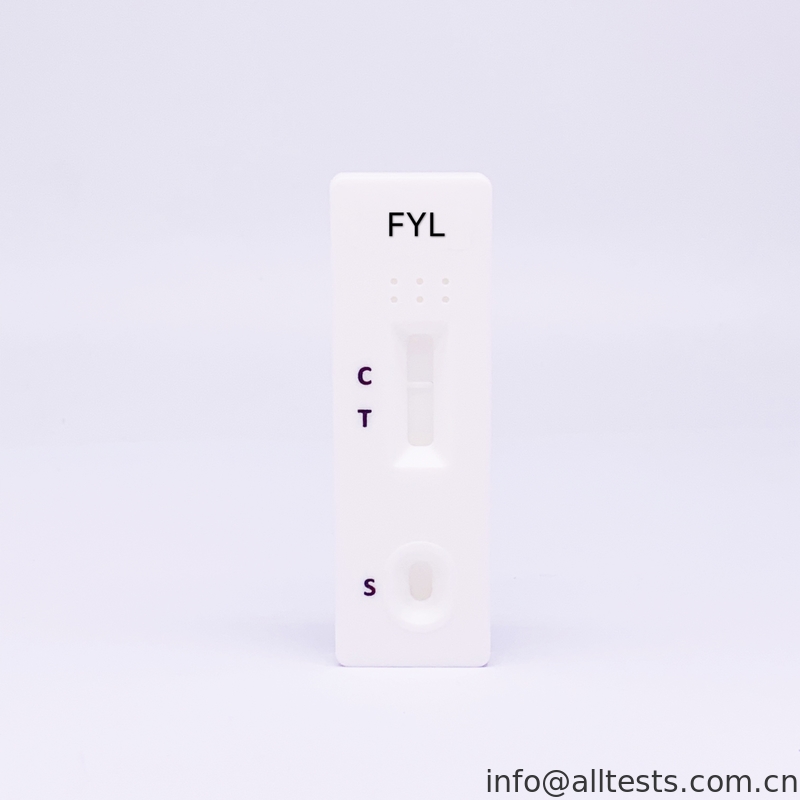 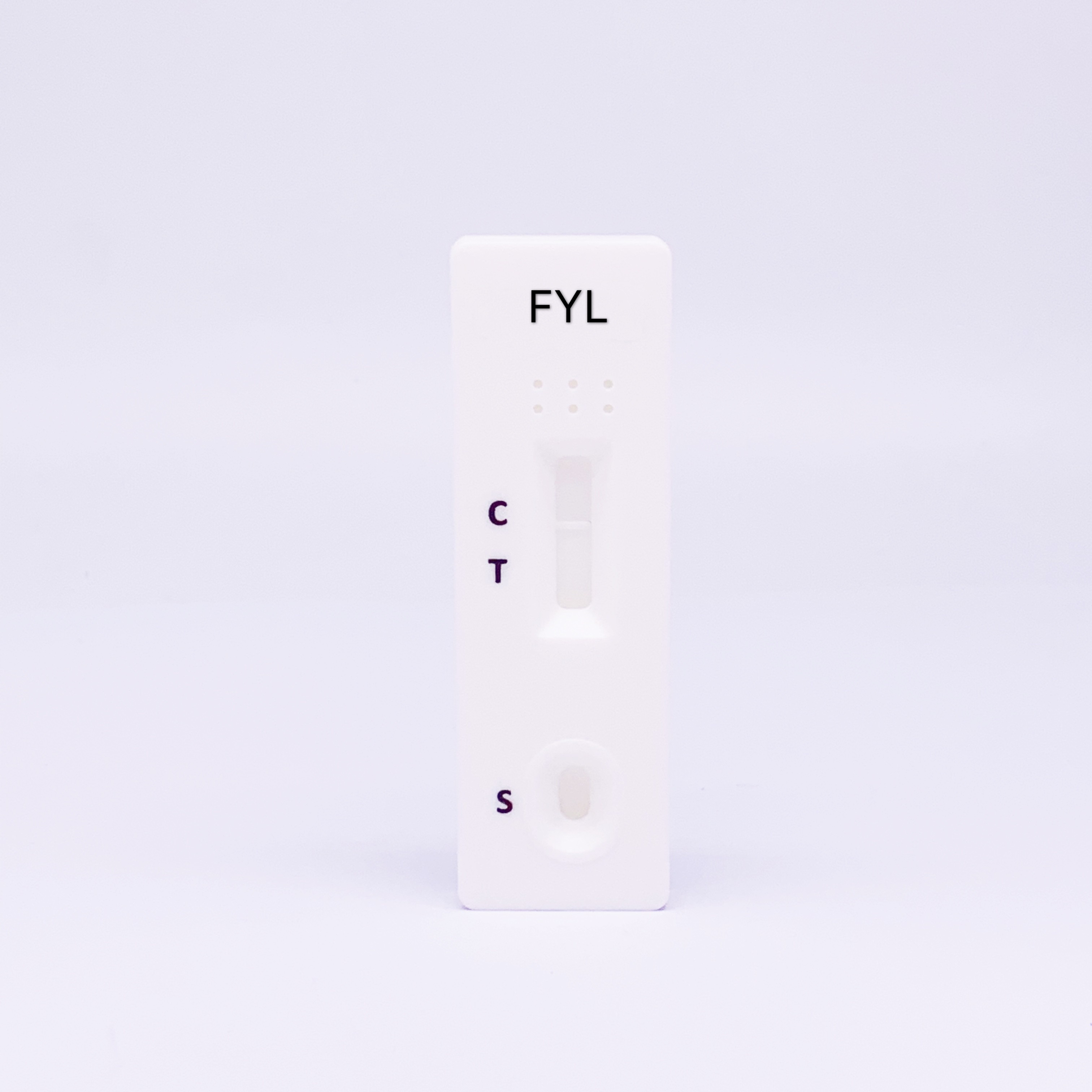 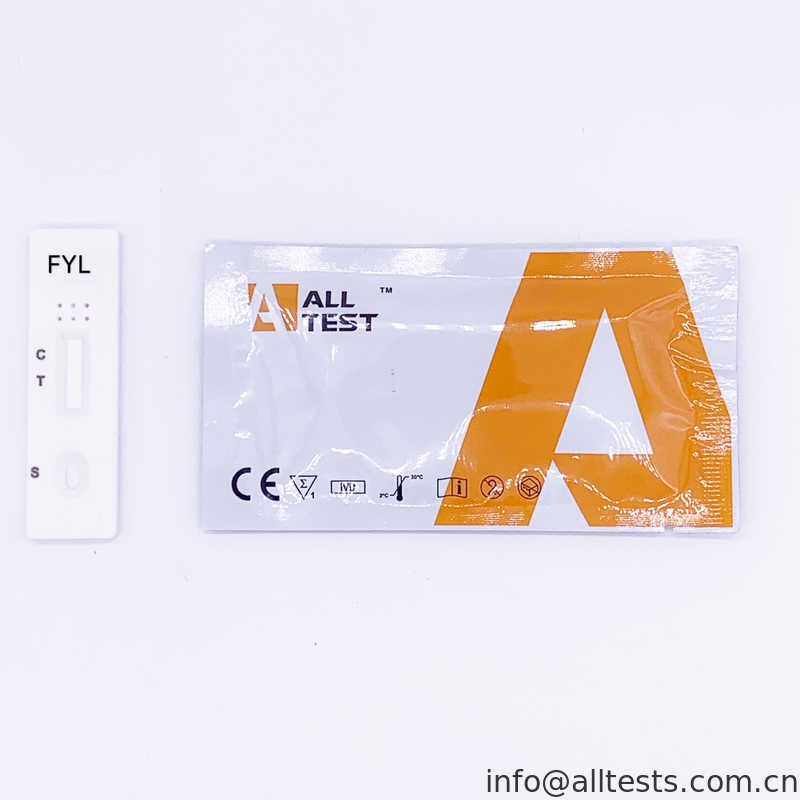 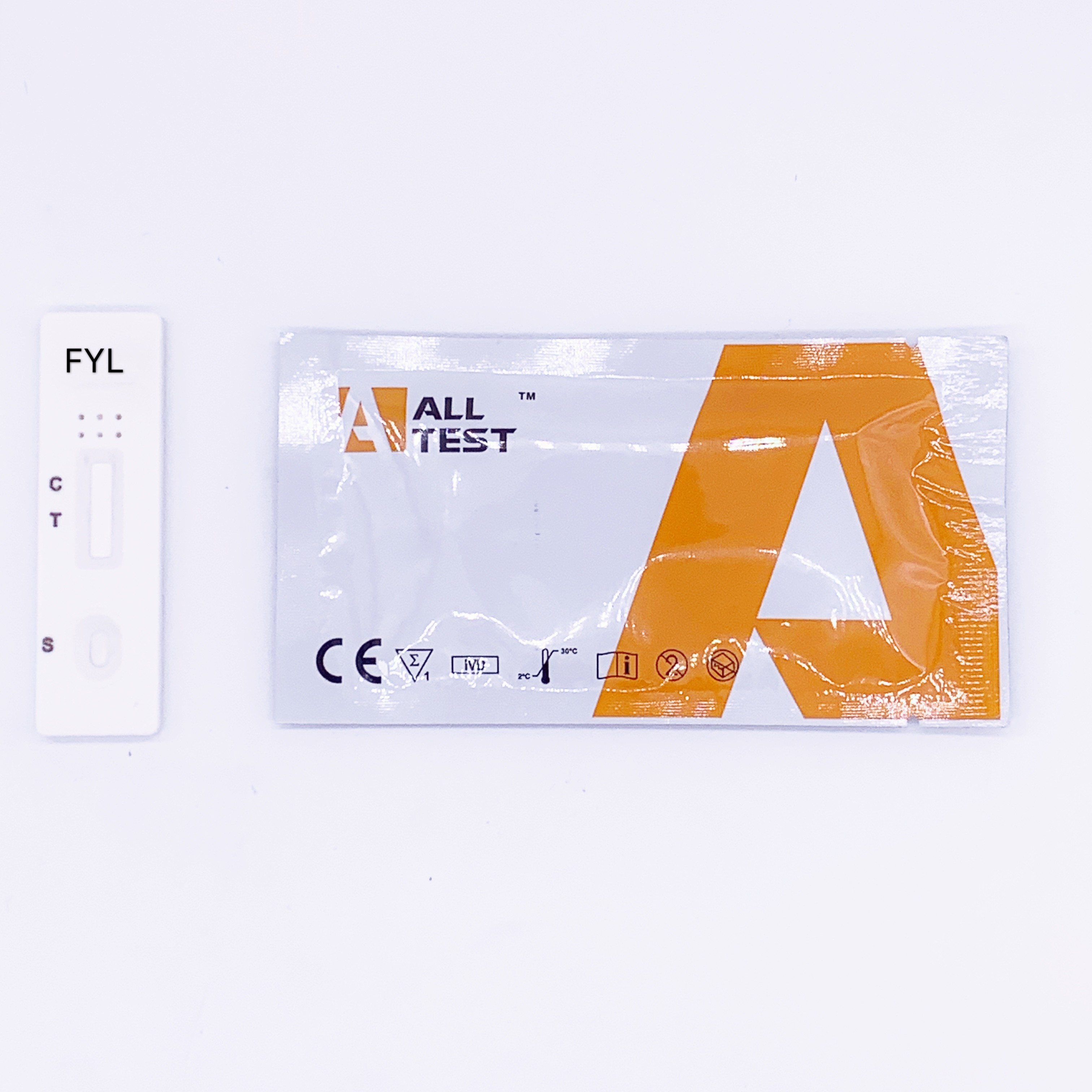 The FYL (Fentanyl) Rapid Test Cassette (WB/S/P) is a rapid immunochromatographic assay for the qualitative detection of Norfentanyl, a metabolite of Fentanyl. It is a potent narcotic analgesic, abuse of which leads to habituation or addiction. It is primarily a mu-opioid agonist. Norfentanyl is also used as adjunct to general anaesthetics, and as an anaesthetic for induction and maintenance.

This assay provides only a preliminary analytical test result. A more specific alternate chemical method must be used in order to obtain a confirmed analytical result. Gas chromatography/mass spectrometry (GC/MS) is the preferred confirmatory method. Clinical consideration and professional judgment should be applied to any drug of abuse test result, particularly when preliminary positive results are used.

Fentanyl, belongs to powerful narcotics analgesics, and is a μ special opiates receptor stimulant. Fentanyl is one of the varieties that been listed in management of United Nations “Single Convention of narcotic drug in 1961”. Among the opiates agents that under international control, fentanyl is one of the most commonly used to cure moderate to severe pain1. After continuous injection of fentanyl, the sufferer will have the performance of protracted opioid abstinence syndrome, such as ataxia and irritability etc2,3, which presents the addiction after taking fentanyl in a long time. Compared with drug addicts of amphetamine, drug addicts who take fentanyl mainly have got the possibility of higher infection rate of HIV, more dangerous injection behavior and more lifelong medication overdose 4.

The FYL Rapid Test Cassette (Urine) is a rapid urine screening test that can be performed without the use of an instrument. The test utilizes a monoclonal antibody to selectively detect elevated levels of Norfentanyl in urine. The FYL Rapid Test Cassette (Urine) yields a positive result when Norfentanyl in urine exceeds 10 ng/mL.

3. Wait for the colored line(s) to appear. The result should be read at 5 minutes. It is important that

the background is clear before the result is read. Do not interpret the result after 10 minutes.

*NOTE: The shade of color in the test line region (T) may vary, but it should be considered negative whenever there is even a faint colored line.

INVALID: Control line fails to appear. Insufficient specimen volume or incorrect procedural techniques are the most likely reasons for control line failure. Review the procedure and repeat the test using a new test. If the problem persists, discontinue using the lot immediately and contact your local distributor.