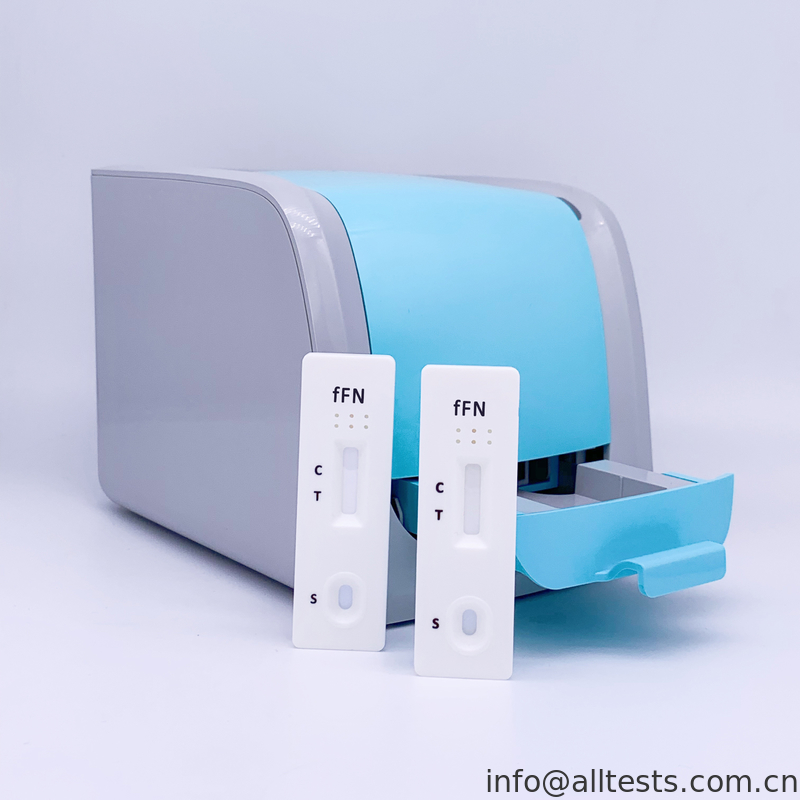 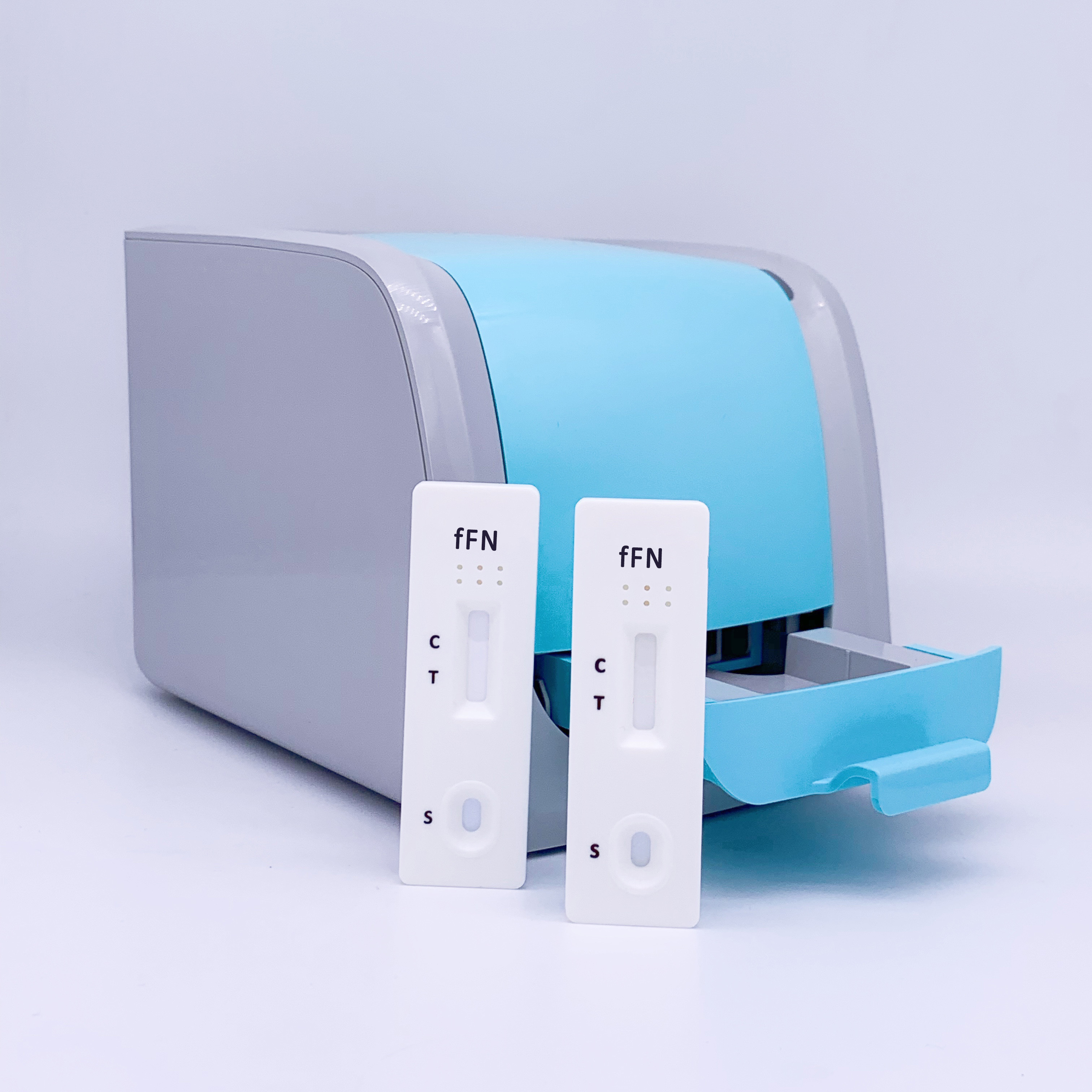 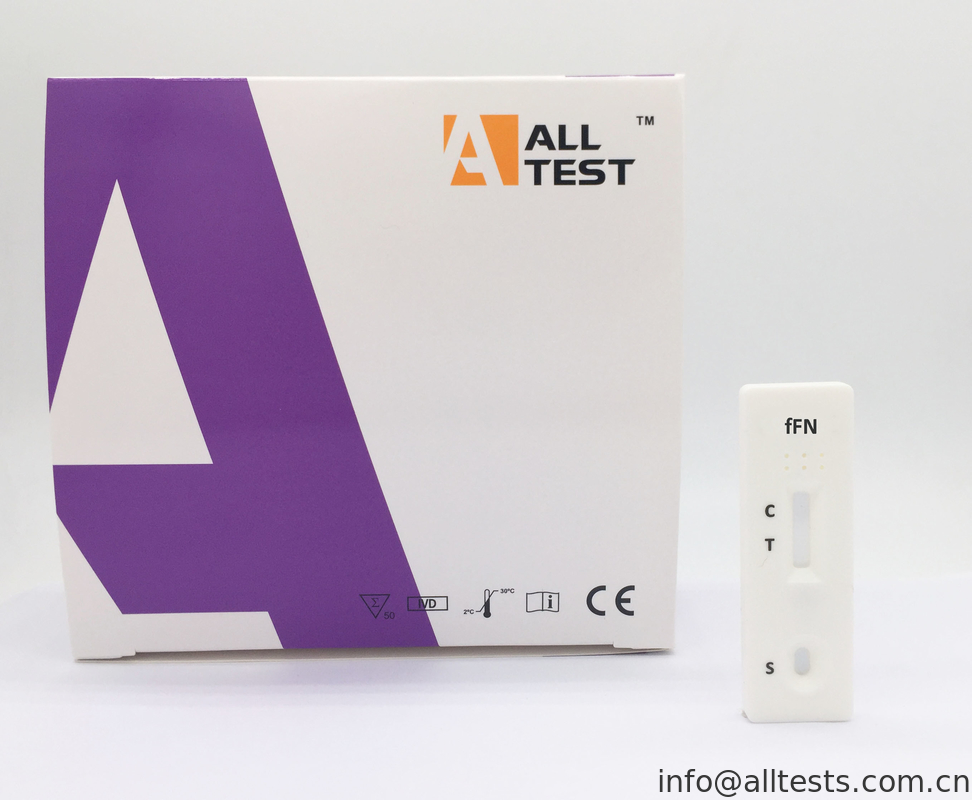 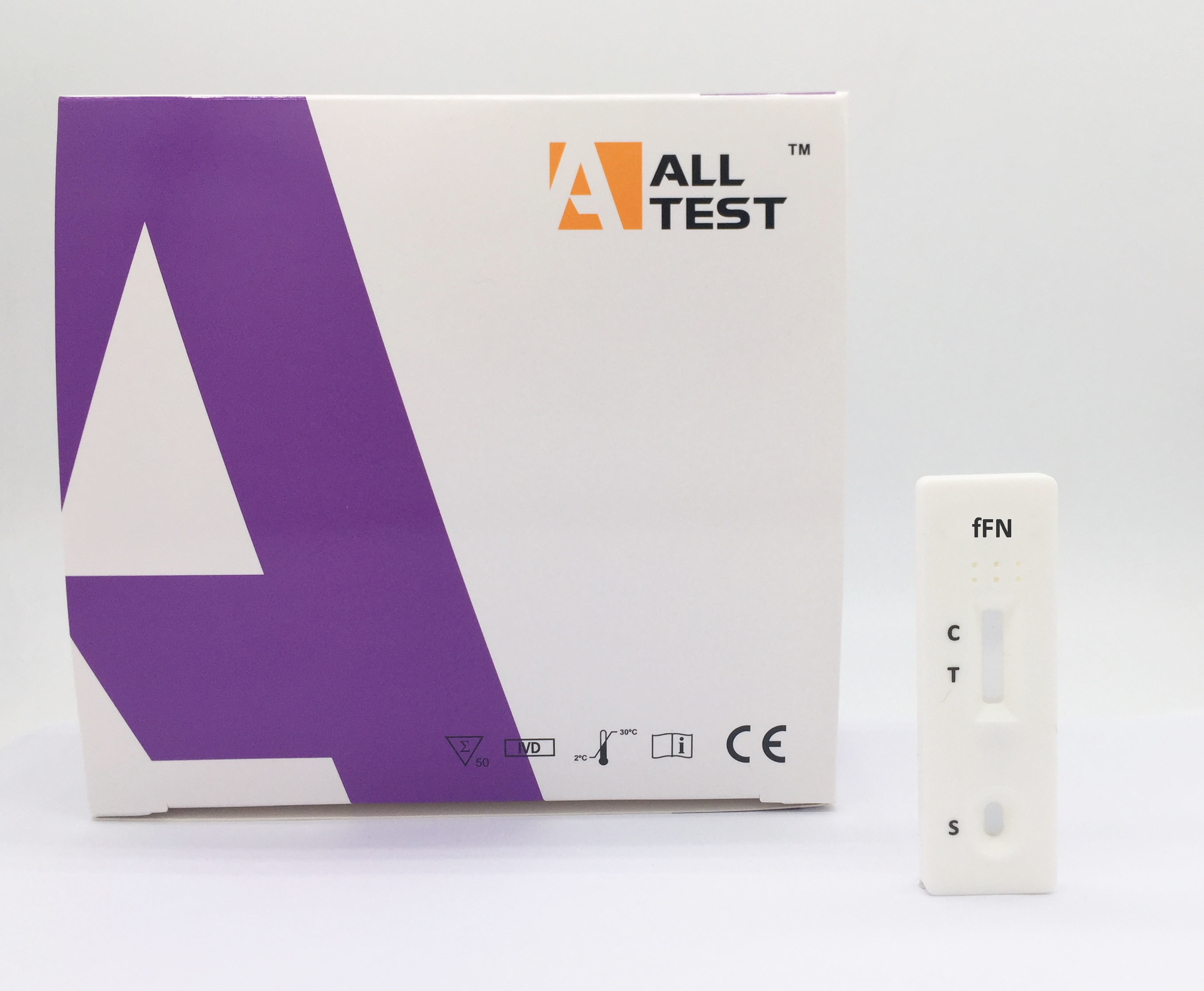 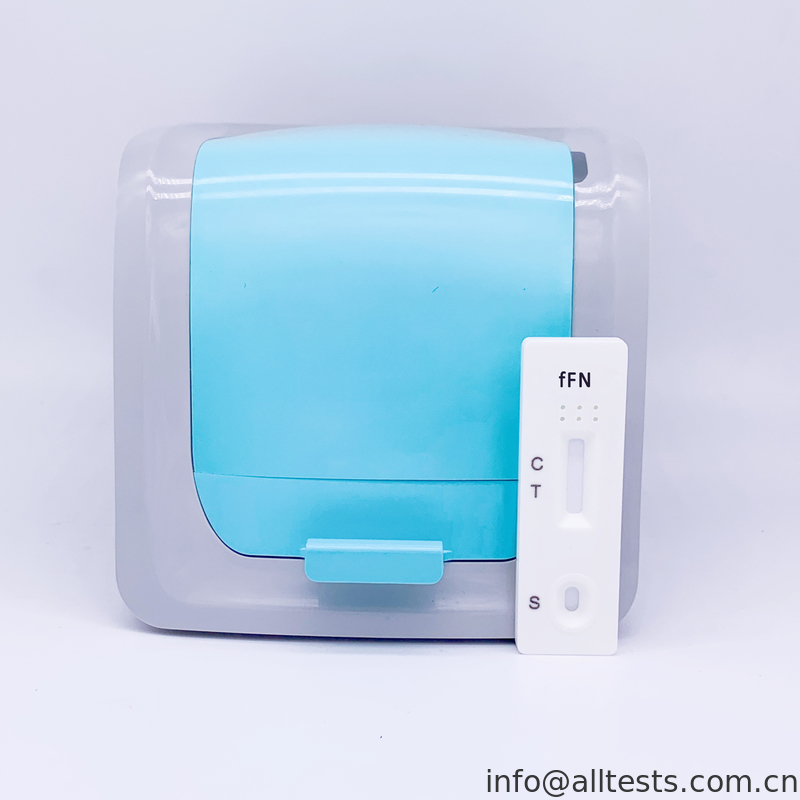 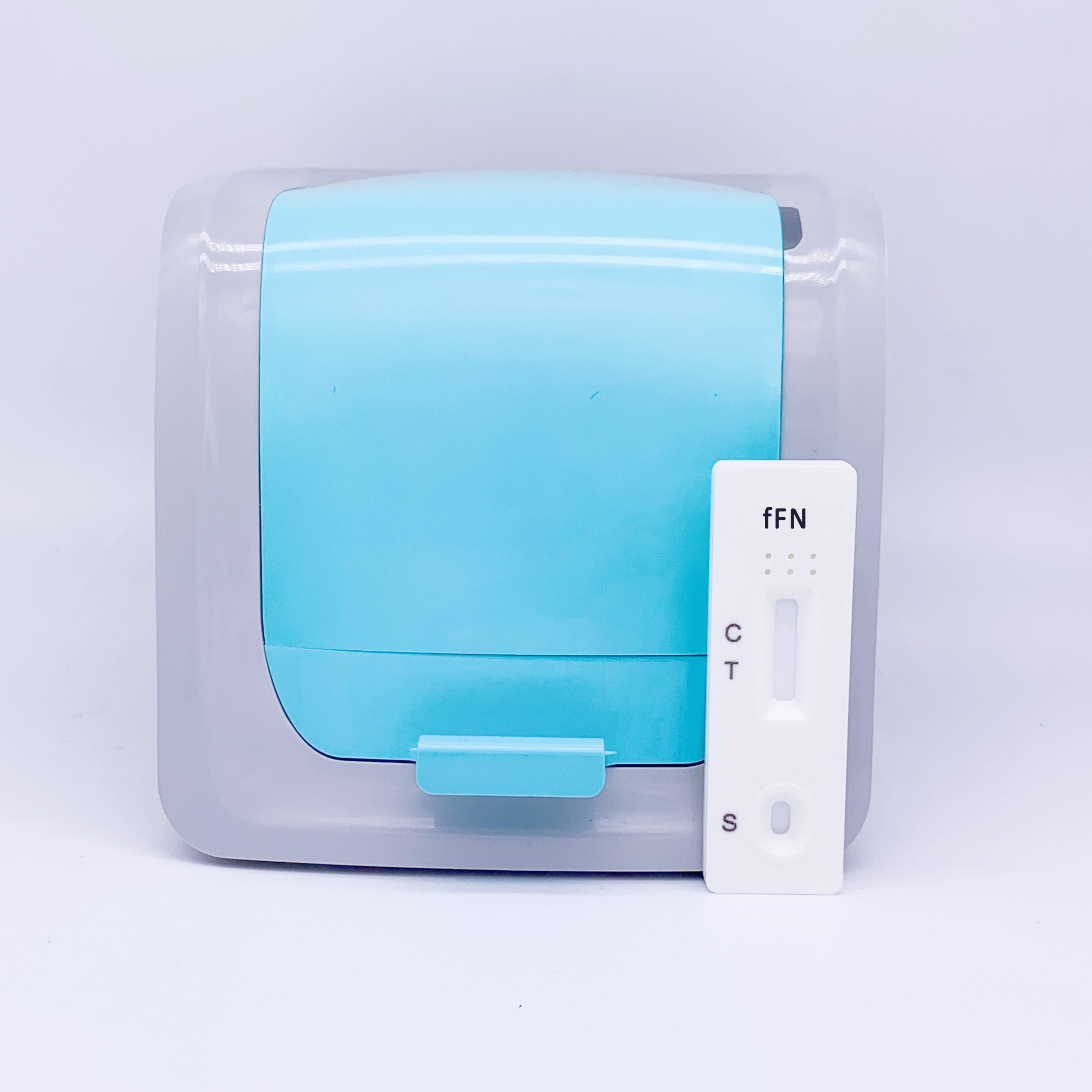 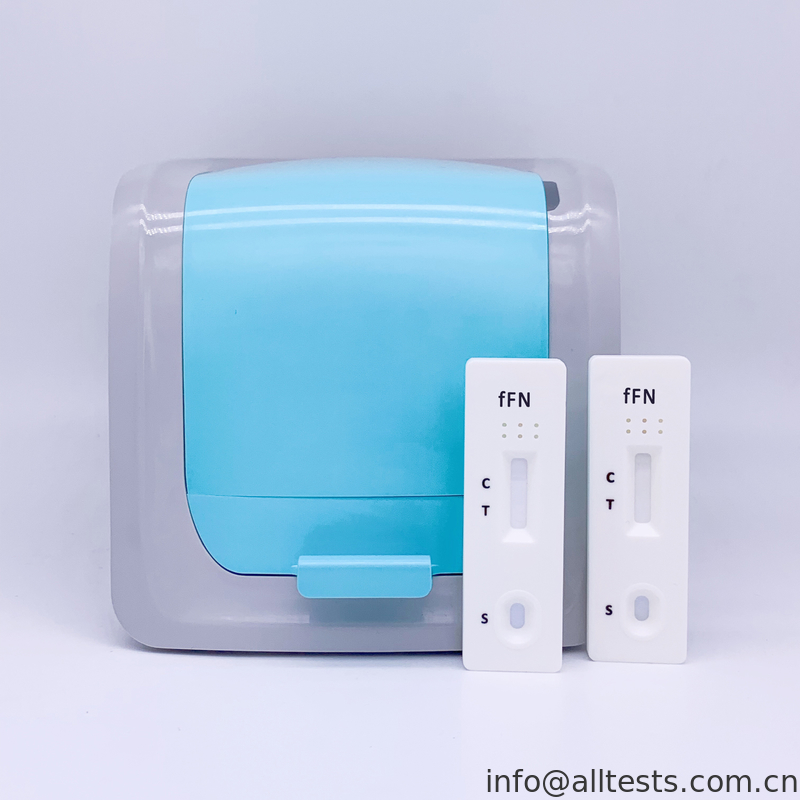 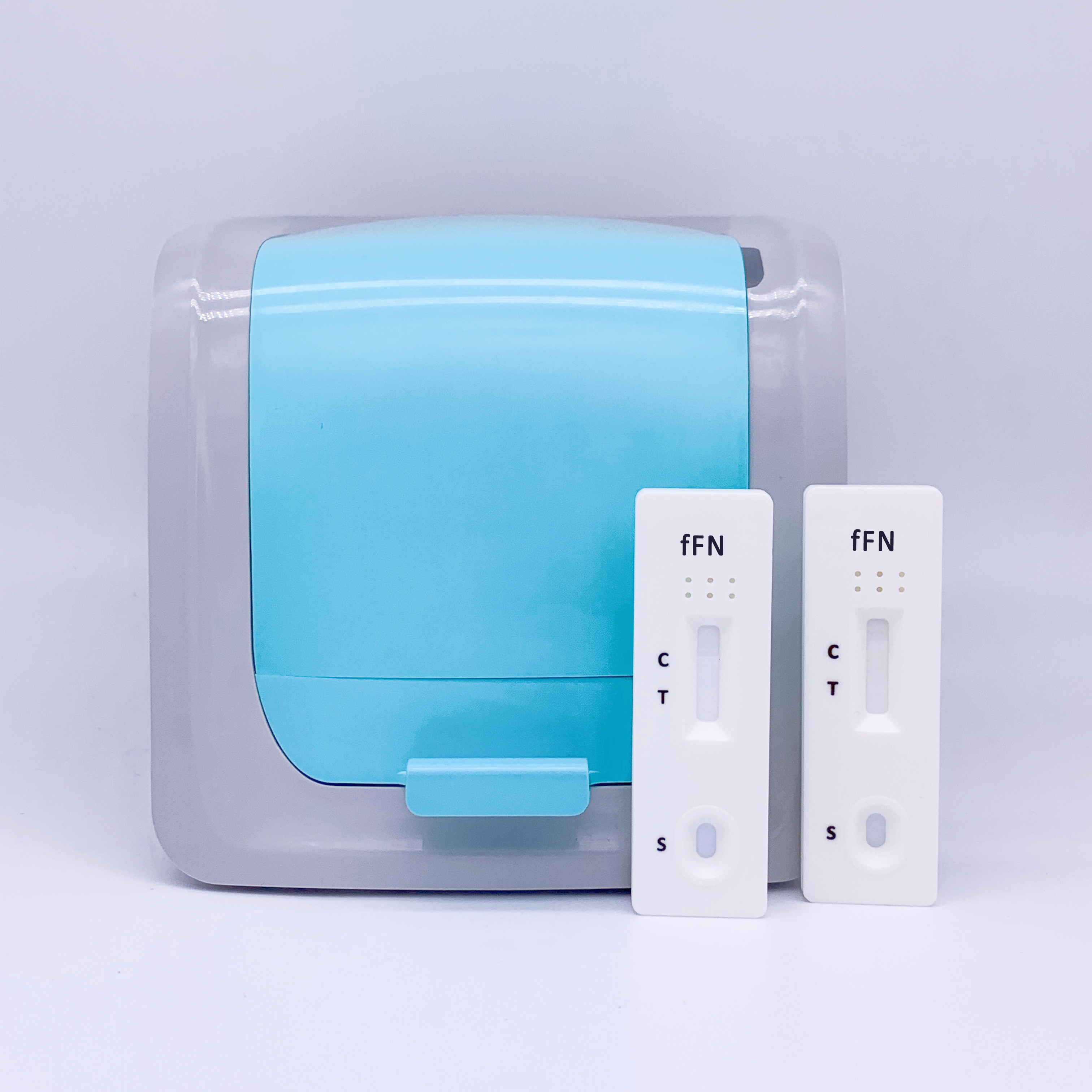 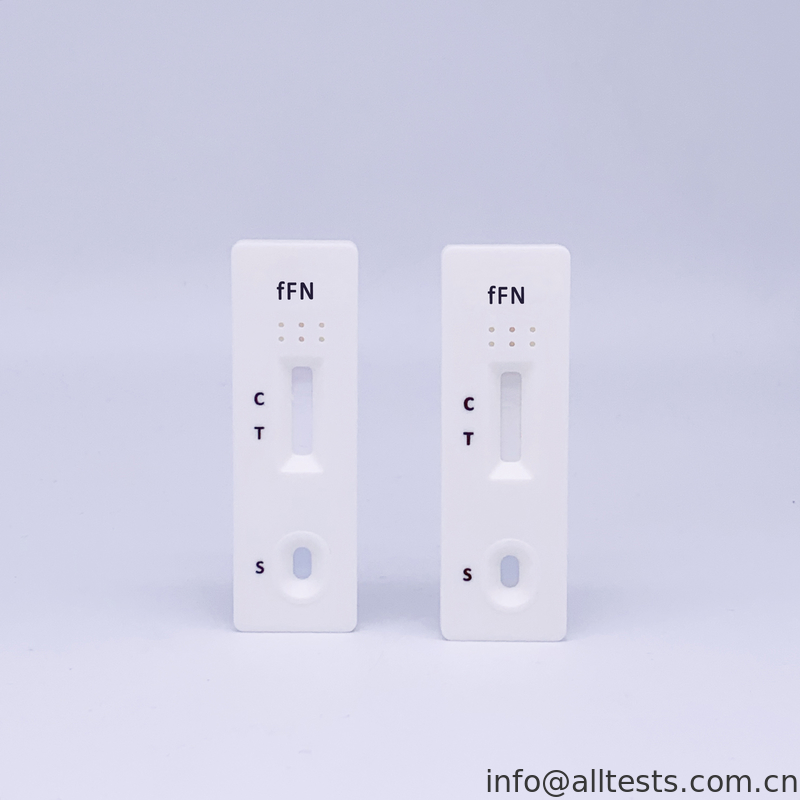 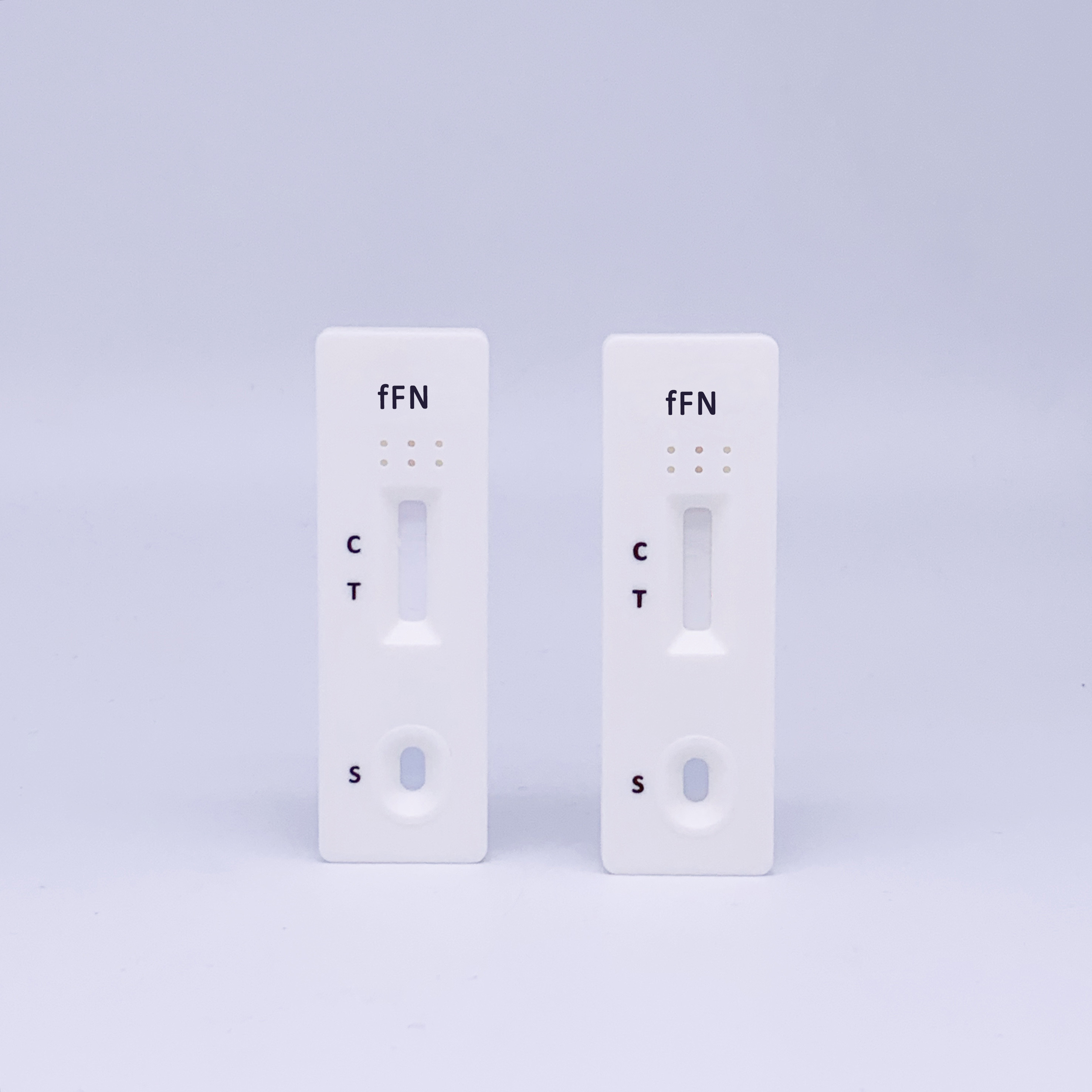 Fetal fibronectin is elevated in cervicovaginal secretions during the first 24 weeks of pregnancy but is diminished between 24 and 34 weeks in normal pregnancies.The Fetal fibronectin (fFN) Rapid Test Cassette (vaginal secretion) is a visually interpreted, qualitative immunochromatographic test device for the detection of fFN in cervicovaginal secretions to be used as an aid to assess the risk of pre-term delivery during pregnancy. The test is intended for professional use to help diagnose the rupture of fetal membranes (ROM) in pregnant women.

Bring test cassettes, specimens, buffer and/or controls to room temperature (15-30°C) before use.
1. Exact QR Code from the QR code card for specific information of the test. Use only QR code card provided inside the test kits.
2. Remove the test cassette from its sealed pouch, and place it on a clean, level surface. Label the test with patient or control identification. To obtain a best result, the assay should be performed within one hour.
3. Add 2 drops (80μl) of the extracted buffer into the sample well. As the test begins to work, you will see color move across the membrane.
4. Wait for the colored line(s) to appear. The result should be read with the Reader at 10 minutes.
5. Do not interpret test results visually.
6. For the AllTestTM LF Reader installations, start up and complete instructions refer to the AllTestTM LF Reader User Manual. Operator must consult the AllTestTM LF Reader User Manual prior to use and become familiar with the processes and quality control procedures.

The result of positive or negative for Fetal fibronectin (fFN) is determined by the AlltestTM LF reader.

Result could be exported to excel or PDF.