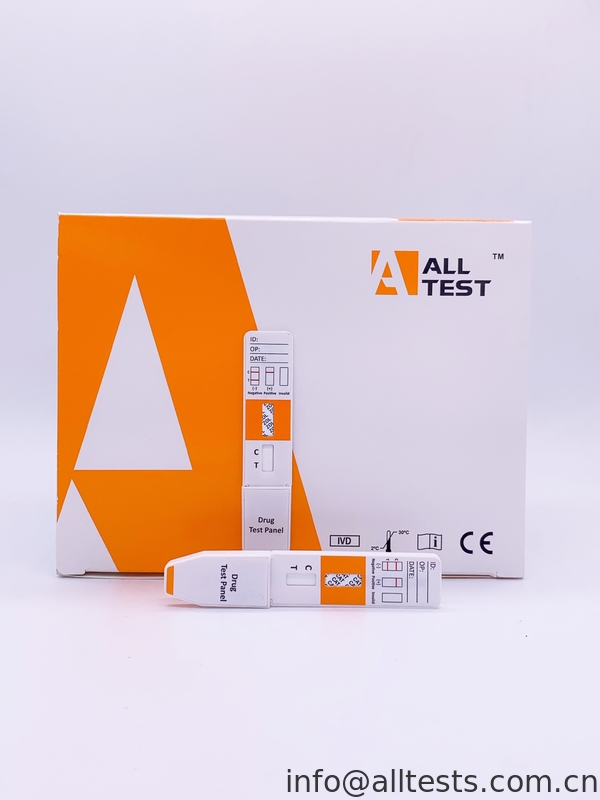 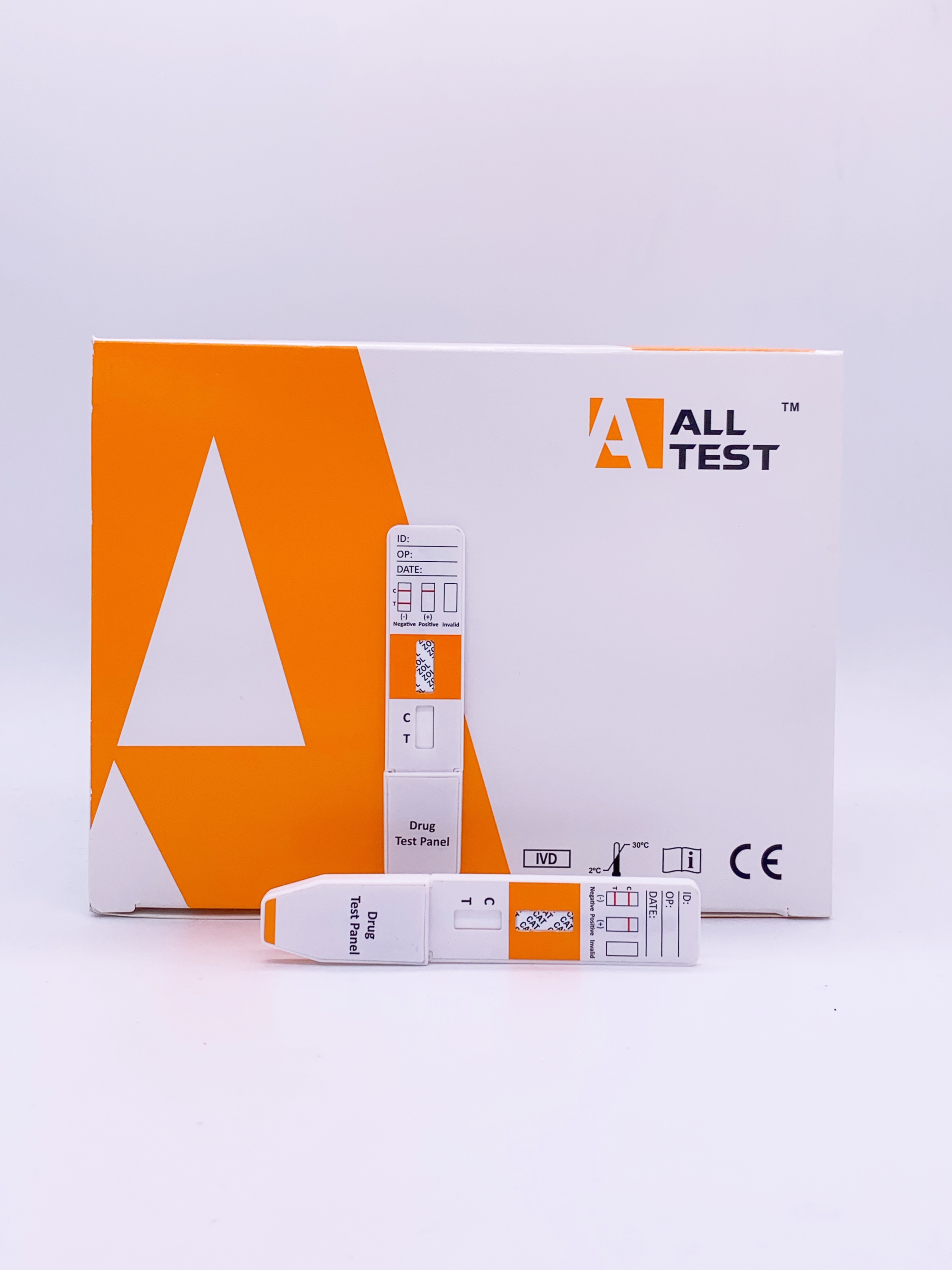 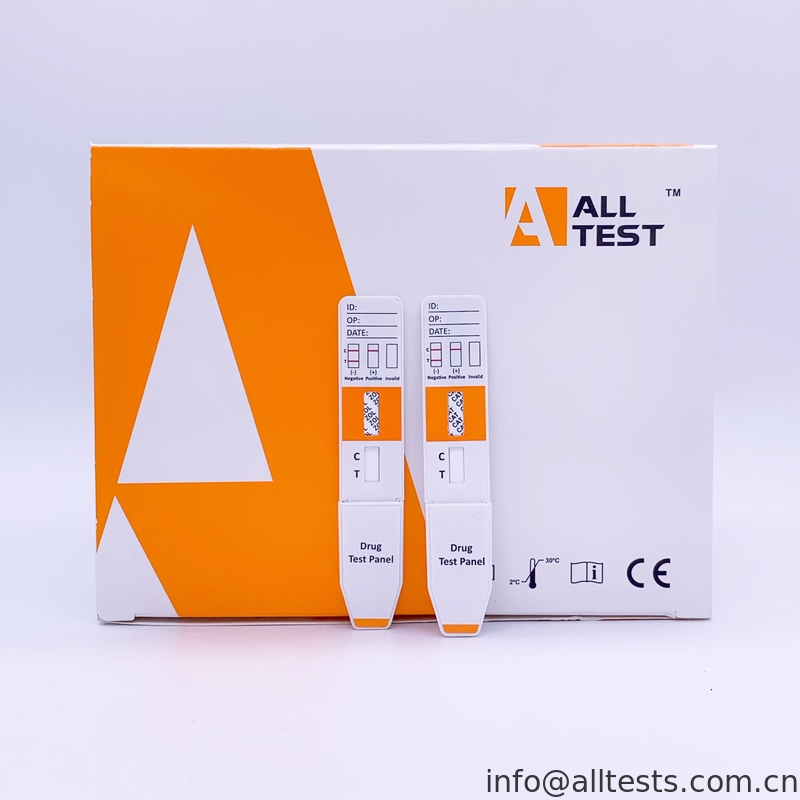 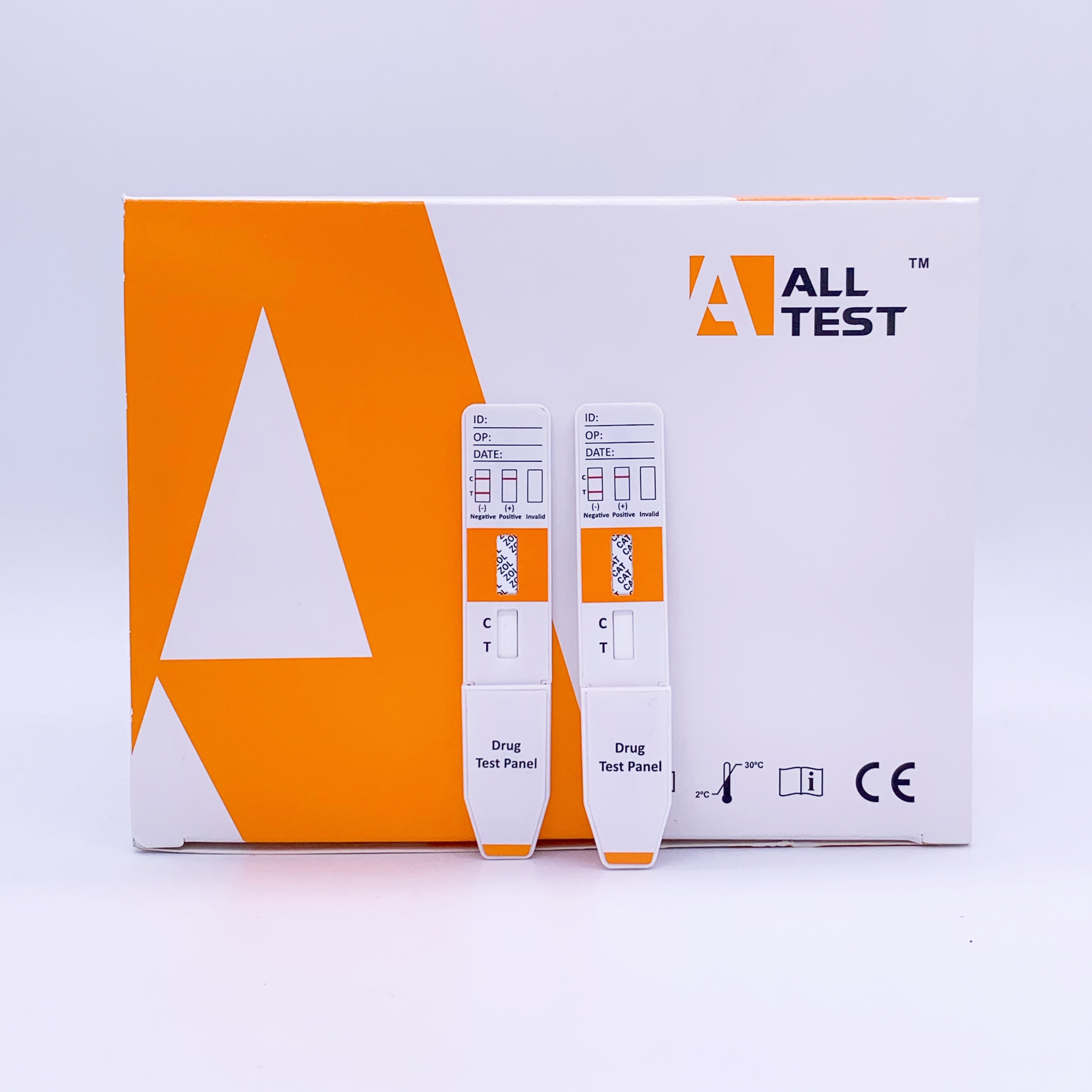 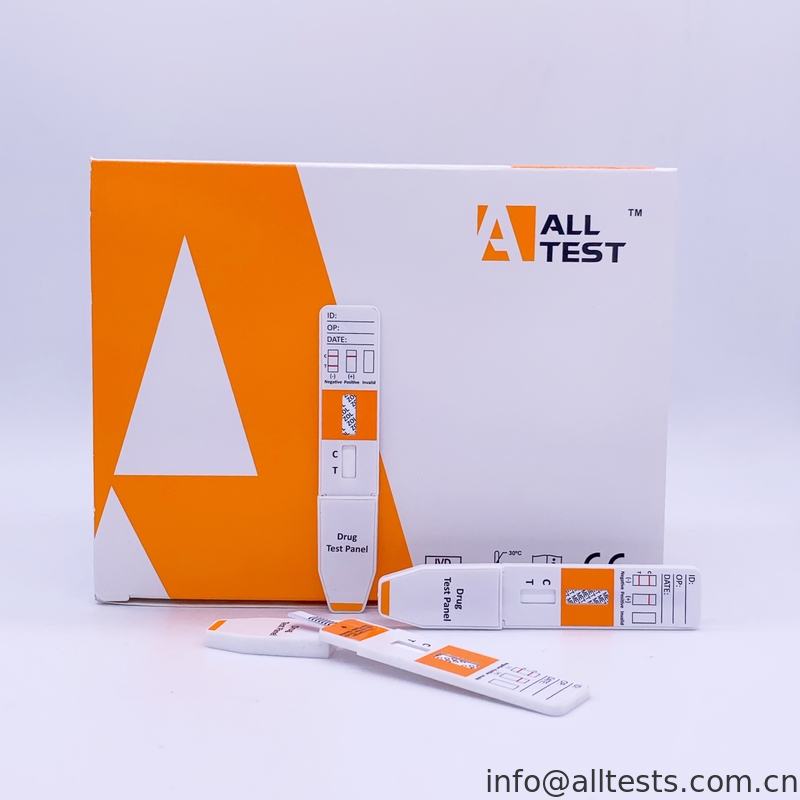 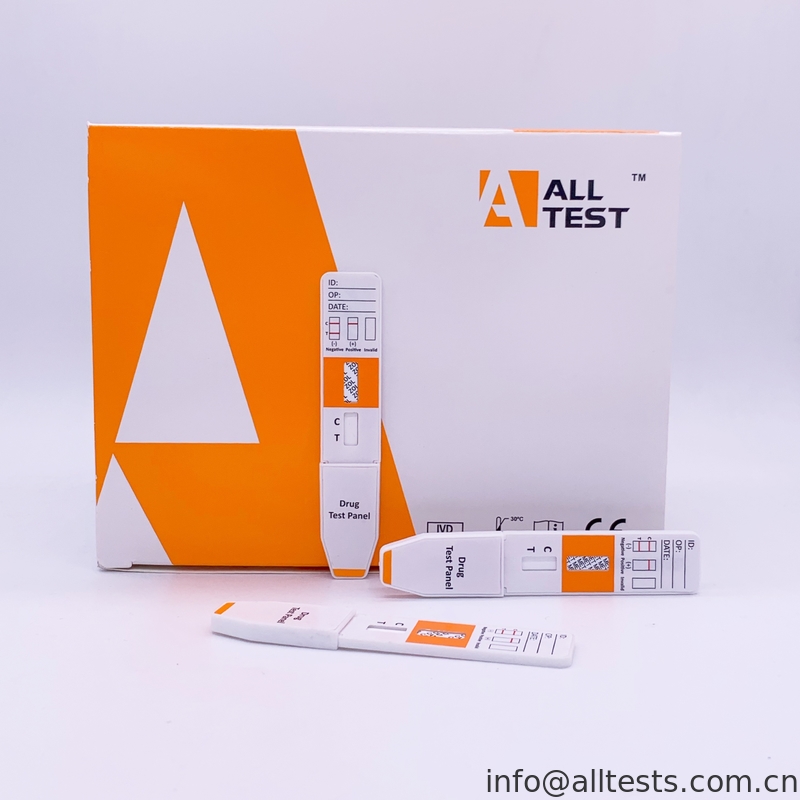 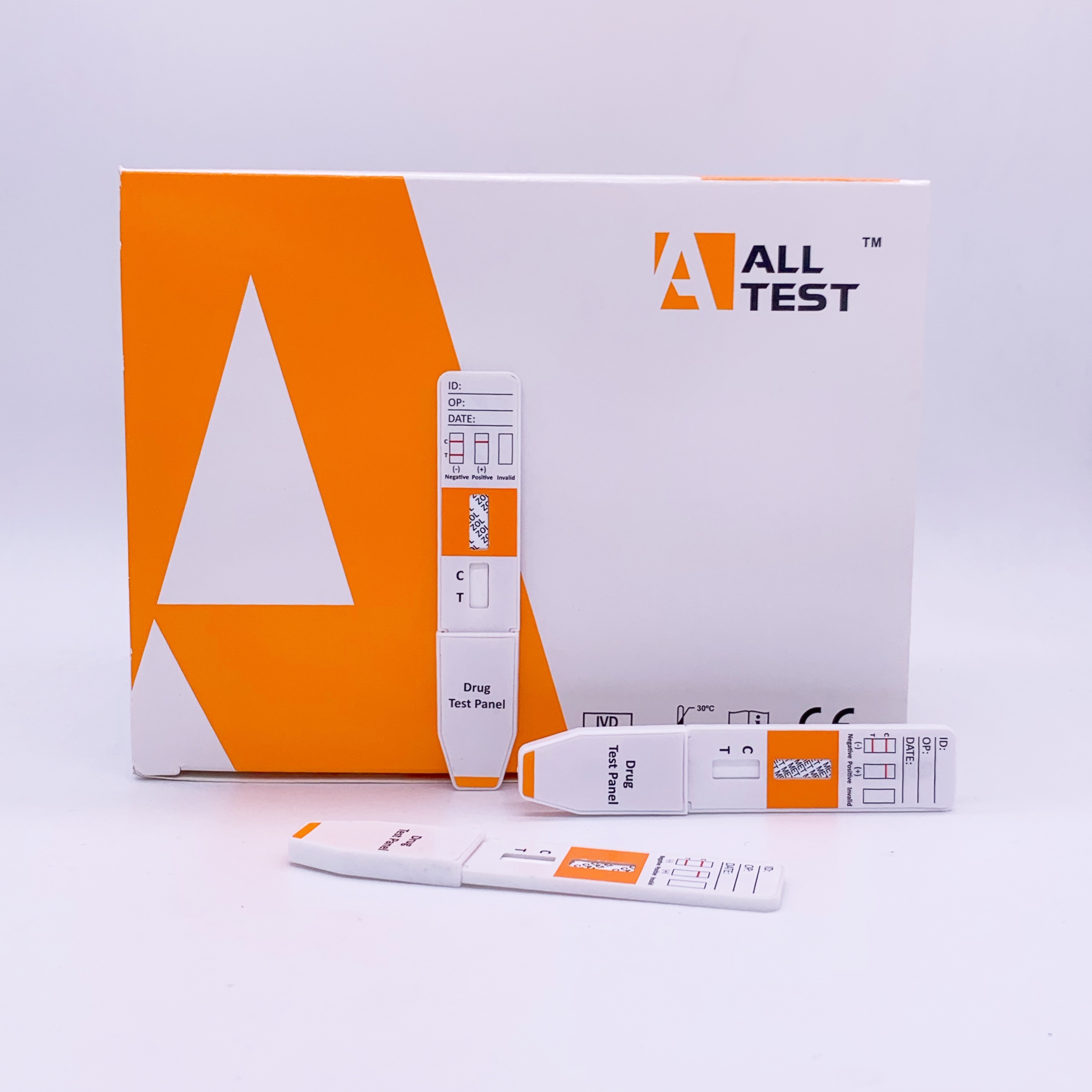 The Synthetic Marijuana (K2) Rapid Test Panel is a rapid chromatographic immunoassay for the qualitative detection of K2 at a cut-off 50ng/ml.
This assay provides only a preliminary analytical test result. A more specific alternate chemical method must be used in order to obtain a confirmed analytical result. Gas chromatography/mass spectrometry (GC/MS) is the preferred confirmatory method. Clinical consideration and
professional judgment should be applied to any drug of abuse test result, particularly when preliminary positive results are indicated.

Synthetic Marijuana or K2 a psychoactive herbal and chemical product that, when consumed, mimics the effects of Marijuana. It is best known by the brand names K2 and Spice, both of which have largely become genericized trademarks used to refer to any synthetic Marijuana product. The studies suggest that synthetic marijuana intoxication is associated with acute psychosis, worsening of previously stable psychotic disorders, and also may have the ability to trigger a chronic (long-term) psychotic disorder among vulnerable individuals such as those with a family history of mental illness.
As of March 1, 2011, five cannabinoids, JWH -018, JWH- 073, CP- 47, JWH- 200and cannabicyclohexanol are now illegal in the US because these substances have the potential to be extremely harmful and, therefore, pose an imminent hazard to the public safety.
The K2 assay contained within the Synthetic Marijuana (K2) Rapid Test Panel yields a positive result when the K2 concentration exceeds 50ng/ml.

Test panel (in closed pouches), samples, and /or controls should be brought to room temperature (15-30°C) prior to testing. Do not open pouches until ready to perform the assay.
Remove the test panel from its protective pouch and label the panel with patient’s identification or control label.
FOR SURFACES
1. Wipe with the strips over the surface in which the drugs are expected.
2. Take off the cap of supplied tube.
3. Fill all buffers from the supplied tube of buffer into the protection cover.
4. Insert the Test Panel slowly and carefully into the protection cover with buffer.
5. Wait for lines to appear on the membrane and read the results at 5 minutes and do not interpret the result after 10 minutes.

FOR SOLIDS
1. Open the tube and put the solid in to the buffer.
2. Close the tube with dropper and cap. Shake it a short time. Wait for 30 sec.
3. Take off the cap of supplied tube.
4. Fill all buffers with dissolved substances into the protection cover.
5. Insert the Test panel slowly and carefully into the protection cover with buffer.
6. Wait for lines to appear on the membrane and read the results at 5 minutes and do not interpret the result after 10 minutes.